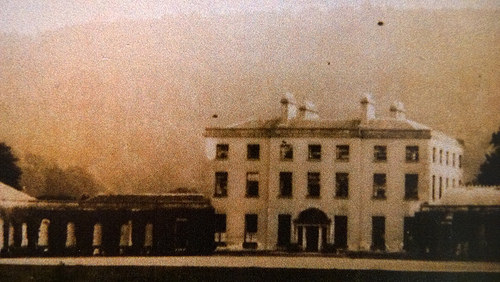 Times were hard for the children in Clonmel Workhouse in 1886. What made it even harder was the denial of one of their very few treats of the year. The custom was for the children to be entertained once a year by the Bagwell family at their mansion in Marlfield House, where they would feast on tea and innumerable types of niceties that some of them never even knew existed. A halt, however, was called to this charitable act by the Board, which voted the party not to be “of benefit” to the children: 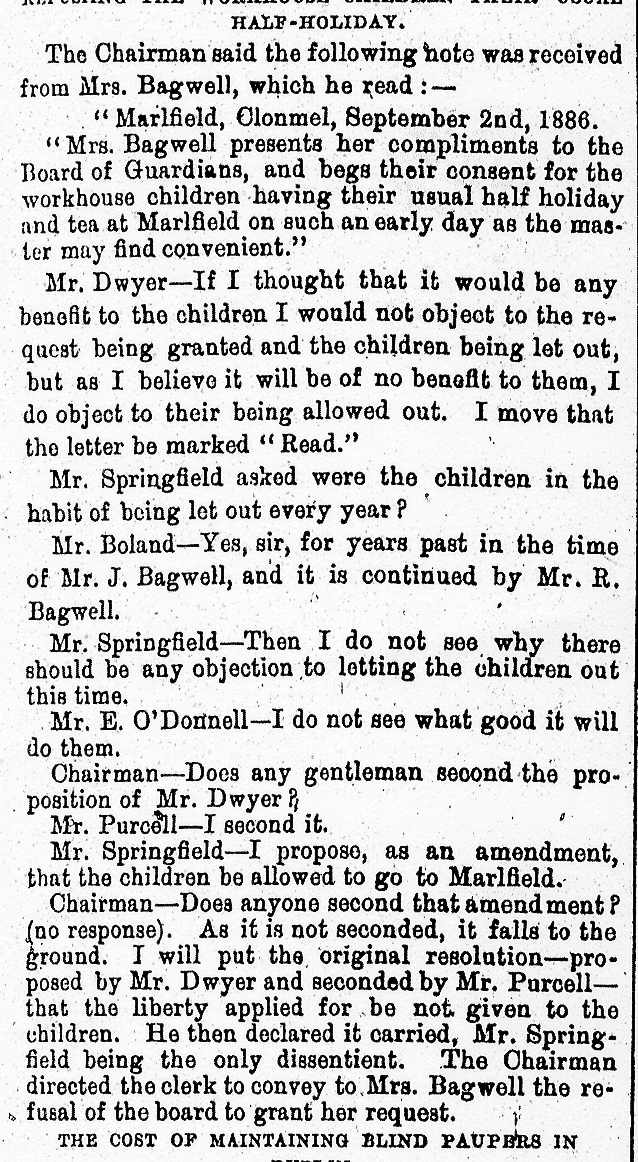 “A Friend Of The Little Ones” took up their cause in the following edition of the Chronicle:

A couple of weeks later there seemed to be a change of heart amongst the Guardians, and the children were granted a day out. It took place at the home of Alderman Cantwell, however, and not with the Bagwells at Marlfield. This latter plan would be enthusiastically supported by all members of the Board, so one must come to the conclusion that there were some sort of murky political chess game at play, the children being used, of course, as the pawns.