The first Irish Census was undertaken in 1821 and renewed every ten years thereafter. However, due to both British government destruction and the attack on the Public Records Office in the Four Courts in 1922 only two complete years of census records survive, 1901 and 1911. Information was sought on every member of the household and took in age, sex, education, marital status, parental notes, language, religion and disability. Forms accompanying the Census also recorded information on their houses and buildings. The Tipperary returns for both these years are available on microfilm in Tipperary Studies, and can also be searched at www.census.nationalarchives.ie/

The Poor Relief (Ireland) Act was passed in 1838, and this formed the basis for the establishment of the Poor Law Unions throughout the country. Each Union would build a workhouse, and the funding for its administration would be gathered through a tax on property, a Poor Rate. Tipperary Studies holds the surviving Rate Books for the Unions of Thurles and Nenagh for parts of the second half of the 19th Century.

Added to these is a very limited selection of Rate and Valuation books from a number of Unions from the mid 1800s.

A similar record from the 20th Century is the North Tipperary County Council Valuation, which sporadically covers the first half of the 1900s.

Compiled by the Valuation Office these are useful genealogical sources that provide household information on the eve of the Famine. The House Books record the occupier’s name and also the nature of their buildings in terms of both size and condition. The Tenure Books recorded the dates of the standing lease and the rent paid, and were known as Quarto Books in the case of small to medium sized towns. Tipperary Studies holds microfilm copies of all surviving Tipperary House, Tenure and Quarto books, covering c. 200 civil parishes.

The Census of Ireland prior to 1901 has been lost, and in its absence Griffiths Valuation provides a valuable genealogical source to help fill the void. The Valuation was undertaken as a type of tax audit, and it recorded who the occupiers of property were (only the head of the household), how much property they occupied and, as a result, how much tax they were required to pay. Tipperary Studies holds both hard and microfilm copies of the Tipperary returns, and the Valuation can be searched digitally on the Ask About Ireland website, www.askaboutireland.ie/griffith-valuation/

The Tithe was the tax payable by occupiers of one acre and above to support the Church of Ireland, the official state church until 1871. The record takes account of the name of the head of each household, the amount of land they occupied and the cost of their tithe. This tax was only levied on agricultural land, so urban areas are therefore not included. Tipperary Studies holds microfilm copies of all surviving Tipperary tithes during this period (c. 200 parishes) and they can be searched digitally at www.titheapplotmentbooks.nationalarchives.ie/search/tab/home.jsp

Carried out by Church of Ireland clergymen, this census takes account of the numbers of both Catholics and Protestants in each parish in the Diocese, to varying degrees of thoroughness. Whilst some parishes will record simply the numbers present in each area, others will have named the heads of each household. The Census was taken throughout the country though the results for only four Dioceses – Cork & Ross, Waterford, Armagh and Cashel & Emly – survive. Tipperary Studies holds paper copies of the originals from the National Archives.

Carried out by Church of Ireland clergymen, this census takes account of the numbers of both Catholics and Protestants in each parish in the Diocese, to varying degrees of thoroughness. Whilst some parishes will record simply the numbers present in each area, others will have named the heads of each household. The Census was taken throughout the country though the results for only four Dioceses – Cork & Ross, Waterford, Armagh and Cashel & Emly – survive. Tipperary Studies holds paper copies of the originals from the National Archives.

This tax was levied on the basis on the number of hearths, or fireplaces, in each house, listing the name of the house occupier and the number of hearths they had, including kilns and forges. Tipperary Studies holds the published list of these, “Tipperary’s Families, being the Hearth Money Records for 1665-6-7”, published by Thomas Laffan in 1911.

Shortly after the Crowmwellian conquest, this survey was carried out to determine the extent of existing ownership of Irish land, prior to the confiscation that was to follow. Its genealogical value is somewhat limited, as it only records the larger landowners of Gaelic and “Old English” origins. The Book of Distribution in essence took account of the families who received the confiscated land from these families, and is the first reference in Tipperary land records to such well-known families as Langley, Bowen, Sadleir, Massy, Maude and Waller. Both records can be consulted in Tipperary Studies in hardcopy.

Tipperary Studies has several lists of gravestones inscriptions for burial places throughout the county, the best served parts being the baronies of Owney and Arra, Upper and Lower Ormond. These were surveyed in the 1980s by the Ormond Historical Society and number c. 40 civil parishes. List of gravestones and burials also appear in a number of local publications and journals. It’s worth noting that gravestones were a luxury for few in the 1800s, and that it really only became commonplace to erect gravestones in the 20th Century. 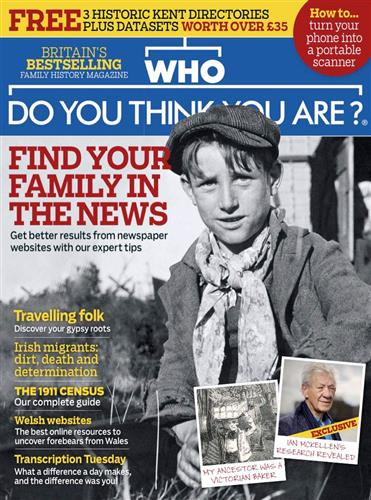 Read titles such as Who do you think you are?, Irish Roots, Your Family History and Your Family Tree.