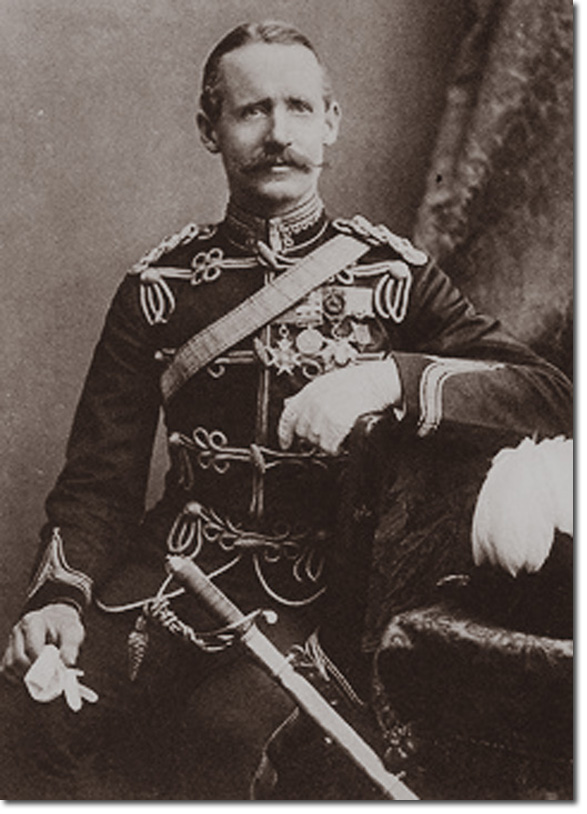 The Clonmel Chronicle, 27 June 1896
Late June 1896, and Colonel the Hon. George Hugh Gough, C.B.’s time as Commanding Officer of the King’s 14th Hussars was coming to a close. The Clonmel Chronicle captured his final inspection of his troops at Cahir Cavalry barracks, an event marked with bittersweet celebrations by officers, men and the local schoolchildren. The festivities concluded with a peculiar 19th century custom whereby the horse drawing the Colonel’s carriage was “taken from its shafts”, to be replaced with a man, an act that symbolised dedication and loyalty, and, of course, submission to one’s social betters. This tradition was also one much-beloved of tenants on their landlord’s wedding days (or, at least, the newspapers of the day inform us that it was much-beloved, though the tenants themselves may have had other thoughts on the matter.) The Colonel was Irish born, having hailed from Gort, and he received his education at Eton and Cambridge. His career was a distinguished one, including time spent as private secretary to Field Marshal Garnet Joseph Wolseley, who was Commander in Chief of the Forces from 1895 to 1900. Gough’s service in the army continued in South Africa, where he died in 1900, in his forty eighth year. A colleague wrote of him – A truer-hearted and more upright and honourable gentleman, a better soldier, and more courteous and industrious official, never served on the staff at headquarters. He was buried in Bloemfontein.