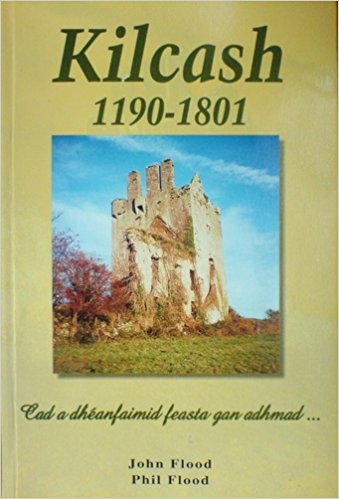 is an t-aifreann binn á rá.

(Now what will we do for timber,

With the last of the woods laid low?

There’s no talk of Cill Chais or its household

And its bell will be struck no more.

That dwelling where lived the good lady

Most honoured and joyous of women

Earls made their way over wave there

And the sweet Mass once was said.)

Some of us learned that famous poem in school. More of us have been lectured by our elders for years about what a tragedy it is that we didn’t. Either way, there aren’t too many Gaelgóirs or local history enthusiasts in this county that aren’t familiar with this famous lament for the clearing of forestry from the Butler estate at Kilcash. Like so many poems and ballads, the plot of the piece is rooted in fact. In the late 18th Century Walter Butler, the 18th Earl and 1st (and last) Marquess of Ormonde was living the high life in London, where one of his acquaintances was the notorious Prince Regent, later George IV. Wine, women and song wasn’t cheap in those circles and he ran up enormous debts, and to fund his lavish lifestyle he was forced to sell materials of the estate of Kilcash, once the glorious court of his father “Jack o’the Castle”,  and Lady Iveagh, Margaret Burke, who died in 1744. Indeed, so hard-up for finances was Walter that he also sold his family’s proud birthright to the customs on wine imported into Ireland, an honour bestowed on the family by Edward I. This sale, in 1811, netted him an enormous sum of £216,000, somewhere close to £25m at today’s values.  It was under Walter’s earlship that Kilcash regressed from a court of lavish feasting to a derelict estate. 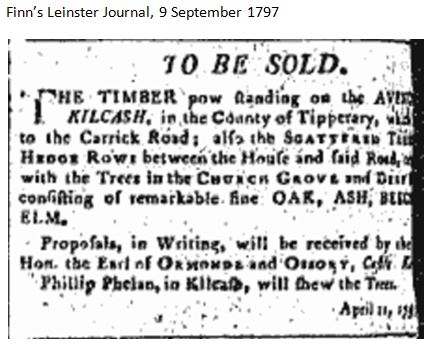