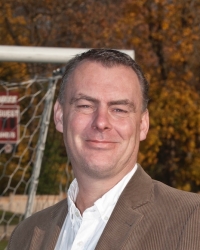 The 30th edition of the Tipperary Historical Journal will be launched on Saturday, 20 May @3pm in The Source, Thurles. Prof. Mike Cronin, Boston College, Dublin and Director of Century Ireland project will launch the 2017 Journal, which will be preceded at 2.15pm by the Society’s AGM.

The varied and interesting list of articles are as follows;

Dr Patrick Bracken has written an analytical bibliography of the history of sport in Tipperary. The first part of this ground- breaking compilation published this year deals with every sport in the county except the GAA  which will be covered in part two.

The Income of Catholic Priests in Pre-Famine Ireland: some evidence from the diocese of Killaloe by Daniel Grace.

Gather(ing)’ the ‘Red and White Harvest from the (Battle)Fields’: An Account of the Life of Lady Dorothie Feilding Moore with particular reference to her Great War nursing experiences by Alice McDermott.

A Most Distressing Breach of Promise Case by Tim Boland

“It’s a Long Way to Tipperary”: a military barracks, a song and a World War – part iv by Denis G. Marnane

Fenians, Spies and Army Mutiny:  the unravelling of the Tipperary IRB in 1865-66 by Mark O’Keeffe

Michael Cusack’s Prairie Fire and Athletics in Thurles and Moycarkey-Borris by J.M. Tobin