Listed as one of ten major pieces held by the National Museum of Ireland The 9th C. Fadden More psalter was discovered in 2006 during peat cutting in a Tipperary bog.

‘Its papyrus-lined cover is direct evidence for contact between Ireland and the Mediterranean region over one thousand years ago. This was the first ever discovery of its kind in Ireland and indeed anywhere in the world. It is of international importance and is now on display to the public for the first time since being found.’ (NMofI)

It pays to keep your eyes open when out on the bogs! 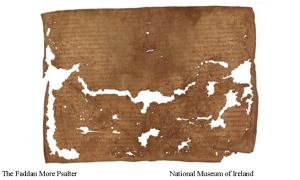 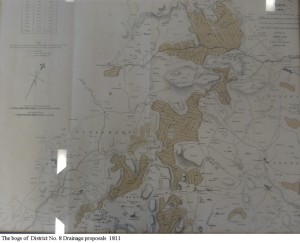