While a meeting in Knockgraffon in 1701 mentions getting an English schoolmaster to teach the societies children, the first recorded Quaker schools in Clonmel were established towards the end of the 18th century. 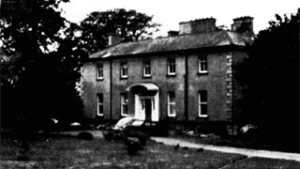 A charity school was set up in 1789 for children of the district whose parents could not afford to pay for their education. Originally intended for both boys and girls by 1804 it was solely a girls school with an emphasis on handwork and needlework. It was non denominational and at first was very successful. Numbers dropped with the advent of the Catholic national schools and the school closed in 1863.
In 1787 Sarah Grubb established a boarding school for Quaker girls. It became one of the leading schools for Quaker girls in Ireland. The original school was located in Suir Island but moved in 1846 to Prior Park, built at a cost of £2,500. As the Quaker population declined the school closed in 1864 only a year after the closure of the charity school.