On Tuesday 15 March Tipperary Studies played host to its penultimate instalment in the 2015/16 Tipperary People and Place Lecture Series. In a novel twist on the usual format, two lecturers, renowned historians Denis G. Marnane and Sean Hogan, celebrated the centenary of 1916 by outlining the role that Tipperary had to play in the Rising, with Denis dealing with events in the South of the county, and Sean the North. 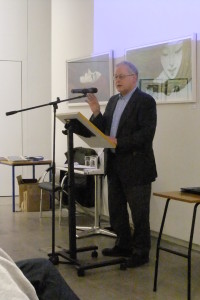 Dr. Marnane introduced the lecture by discussing the social and political factors at play in the county in the lead up to 1916, and outlined the myriad of nationalist and republican organisations that influenced the populations’ values and attitudes. He then followed on by dealing with the most prominent Republicans in the South of the county, their backgrounds in political life (or lack thereof) and the Fenian traditions they hailed from, or, at least, claimed to. 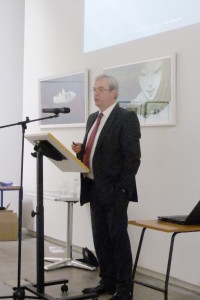 The baton was then passed to Sean Hogan who illustrated North Tipperary’s involvement in The Rising by charting the progress of two men, with very differing political backgrounds, through Easter Week and beyond. Cloughjordan native Joseph MacDonagh, brother to Thomas, was a rebel and, later, an Anti-Treaty TD. Ivon Henry Price was an Intelligence Officer and District Inspector in the RIC, and resident for a time at Tyone House outside Nenagh. Sean plotted and contrasted the course both men took during the events in 1916 and the tumultuous years that followed. 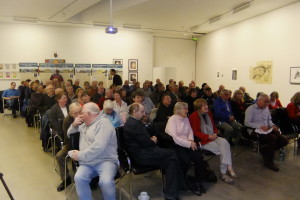 This wonderfully informative and entertaining lecture was attended by a very large crowd that showed great appreciation for both speakers. A video of the lecture can be accessed here: https://www.youtube.com/watch?v=yL3dW4ipTos

The current Lecture Series will conclude on Tuesday 12 April when DCU lecturer Dr. William Murphy delivers his lecture entitled The German Plot Prisoners, Stopping the Hunt and Tipperary, 1918-1919. This event has been rescheduled from November last, when adverse weather conditions resulted in its cancellation. It will commence at 7.30pm in Thurles Library, The Source, and refreshments will be served beforehand. Contact 0504 29278 for details.