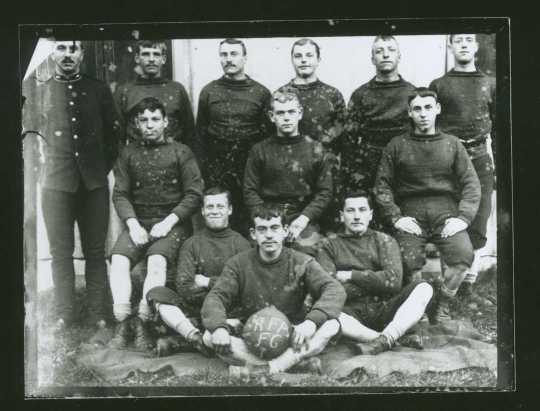 Joe Kenny, photographer and grandnephew of Patrick Kenrick has kindly made this digital copy of the Kenrick photos available to Tipperary Studies

Ms. Colleen M. Dube, Assistant Keeper Art & Industrial Division National Museum of Ireland, speaking in Fethard to a capacity audience on the photography of Patrick Kenrick, stated: “that the images are an invaluable addition to Ireland’s understanding of its social history. It is the only collection in Ireland that records the activities and personalities associated with the ‘Big House’ at the end of the 19th century and the beginning of the 20th century. The collection documents the past-times and pursuits, customs and costumes of a vanished era”. Ms. Dube also stated: “that the photography was of a very high standard and the collection should be archivally stored and printed so that future generations can avail of this priceless photographic resource.”

Six hundred and eighty two glass plates were discovered on the premises of Tony Newport’s shop on Main Street, the photographer’s family home where Patrick Kenrick lived. The other one hundred and thirteen plates were found on the premises of Bridget and Jimmy Hayes on Lower Main Street, Fethard. This was originally the home of Patrick Kenrick’s grandparents. Many other glass plates still may exist as Patrick later married and moved to Clonmel in the early 1920’s. His recently deceased daughter, Peggy Marshall, Queen Street, Clonmel, did have some glass plates which were copied by Joe Kenny some years ago. These glass plates were donated to the Tipperary S.R. County Museum, Clonmel.

Joe Kenny, photographer and grandnephew of Patrick Kenrick, completed a project initiated by Fethard Historical Society and funded by The Heritage Council that has supplied The National Library of Ireland, The S.R. Tipperary County Museum and with a full set of photographic prints from the Kenrick Collection. The project was completed on Friday 14th November, 1997, and the original Glass Plates are now housed in The National Museum of Ireland, Kildare Street, Dublin 2. 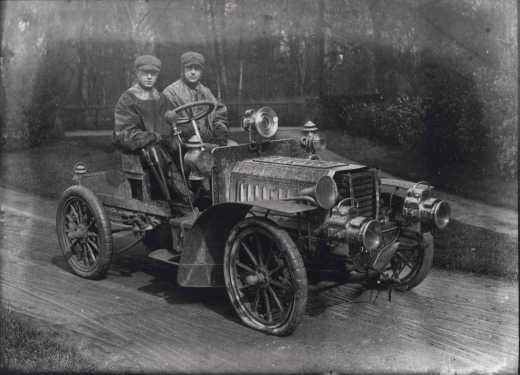 Patrick Kenrick, the eldest of 14 children, was born at his home on Main Street, Fethard in 1872. He initially served his time in the family tailoring business but had to give it up for health reasons. Shortly afterwards, he was employed under Mr. Richard Burke M.F.H., Grove House, Fethard, as steward. His association with Mr. Burke will be best remembered as driver of the first registered car, HI-1, in South Tipperary. It was during this period that he married and developed a keen interest in photography which was very new at the time. His photographs cover all aspects of living in the “Big House” as well as many photographs taken while travelling in Mr. Burke’s car. The darkroom where he developed his photographs is still in existence at his family home in Fethard.

When Mr. Burke completed his tenancy in Grove c.1918 and returned to America, Patrick Kenrick was then appointed ‘Local School Attendance Officer’ known locally as ‘The Cruelty Man’. Following this, he spent two years in the Irish Army and then retired with his family to Clonmel where he ran a retail shop at No. 2 Queen Street.

In his later years he spent a lot of time sitting outside his shop in Clonmel where he loved to meet anyone from Fethard. He always greeted his friends from Fethard with the same salutation “How are they all, in the hole in the wall?”

Patrick Kenrick died at Queen Street, Clonmel, in 1950, and is buried in the family burial ground at Redcity, Fethard.