Monsignor Thomas Quinlan was Borrisoleigh native who led a most remarkable life, spending the majority of it in turbulent and war-torn South East Asia. Born in 1896, he joined the Columban Missionary Society and first worked in their service in China, in 1920. Following a move to Korea he was imprisoned by the invading Japanese during WWII, but more brutal treatment was yet to come with the outbreak of the Korean War. In a round-up of foreign citizens Quinlan and his comrades were subjected to the most brutal treatment – amongst it a vicious nine-day “Death March” – resulting in the fatalities of many of his fellow prisoners. He was released shortly before the end of the War in 1953, and returned home in triumph in May that year. He soon returned to his Korean diocese of Chunchon, to rebuild what the War had destroyed. He died on 31 December 1970, after receiveing a decoration from the South Korean President in recognition of his services to the Korean people.
Below is the report of the North Tipperary County Council meeting of 19th May, which passed a resolution of “congratulation and felicitation” to mark the homecoming of one of Borrisoleigh’s most extraordinary sons. 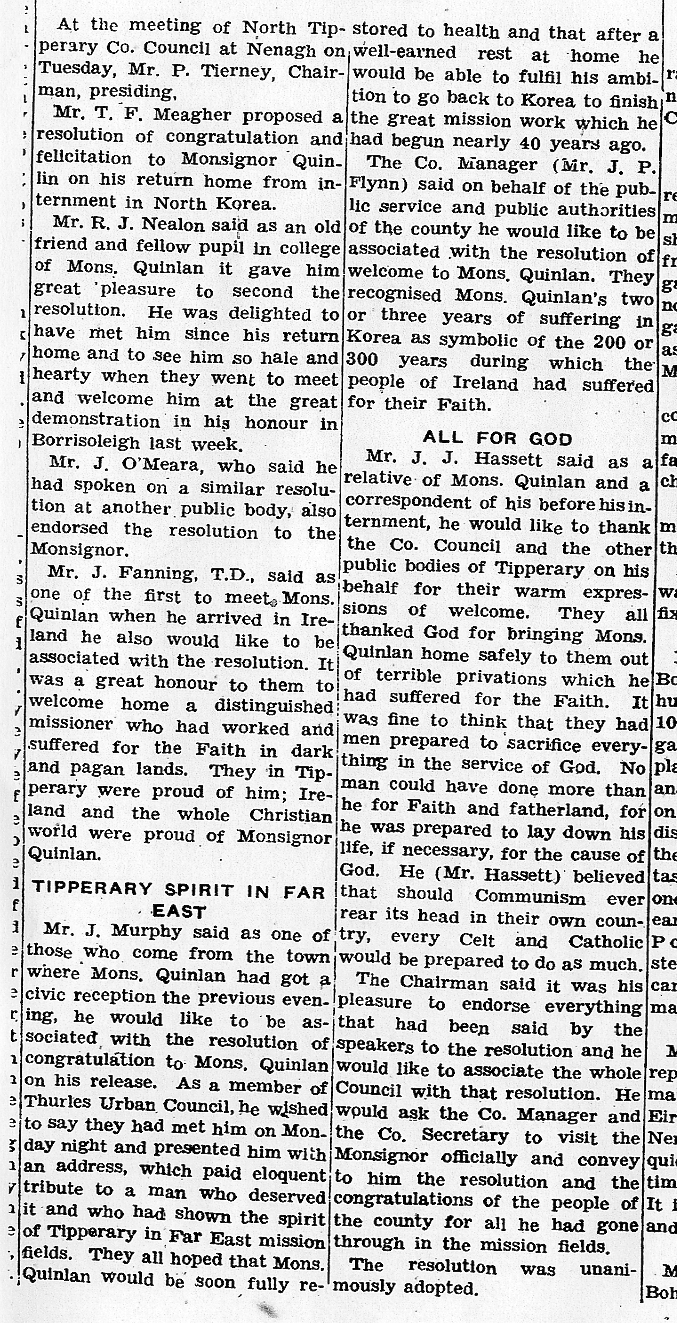