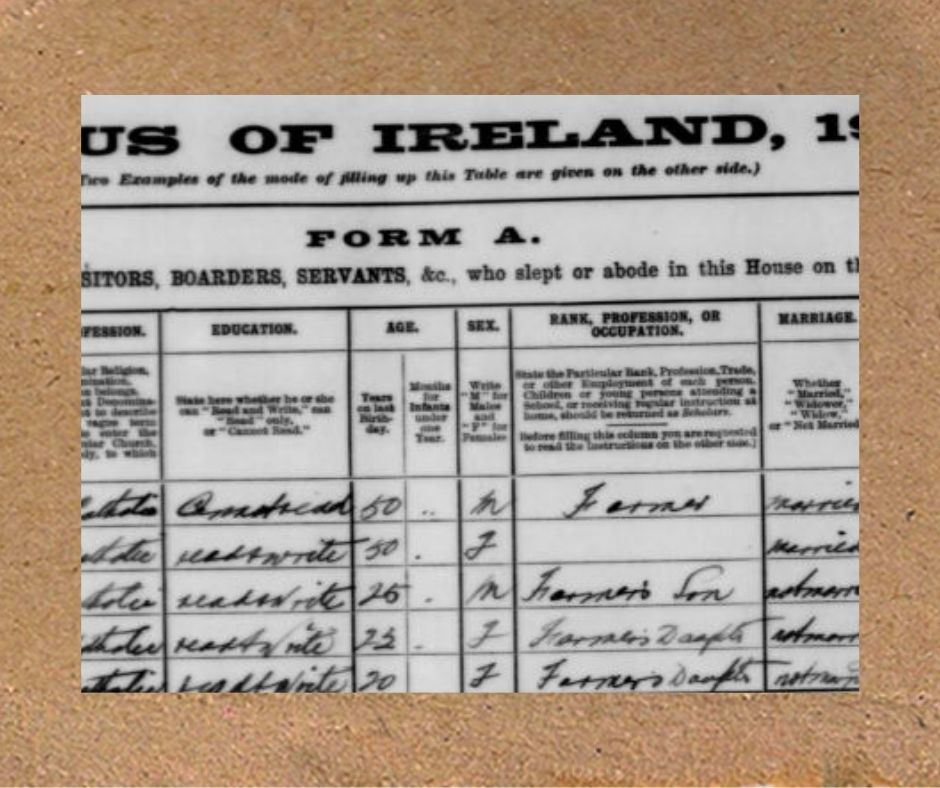 The first Irish Census was undertaken in 1821 and renewed every ten years thereafter. However, due to both British government destruction and the attack on the Public Records Office in the Four Courts in 1922 only two complete years of census records survive, 1901 and 1911.

Information was sought on every member of the household and took in age, sex, education, marital status, parental notes, language, religion and disability.

Forms accompanying the Census also recorded information on their houses and buildings. The Tipperary returns for both these years are available on microfilm in Tipperary Studies, and can also be searched at www.census.nationalarchives.ie/