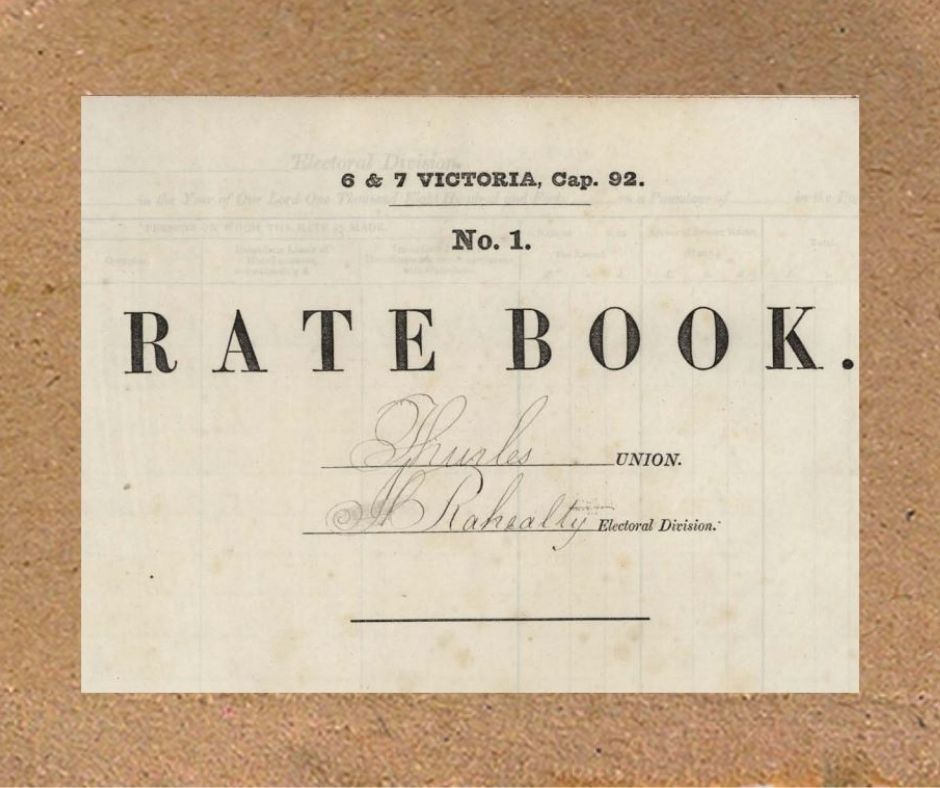 The Poor Relief (Ireland) Act was passed in 1838, and this formed the basis for the establishment of the Poor Law Unions throughout the country. Each Union would build a workhouse, and the funding for its administration would be gathered through a tax on property, a Poor Rate. Tipperary Studies holds the surviving Rate Books for the Unions of Thurles and Nenagh for parts of the second half of the 19th Century.

Added to these is a very limited selection of Rate and Valuation books from a number of Unions from the mid 1800s.

A similar record from the 20th Century is the North Tipperary County Council Valuation, which sporadically covers the first half of the 1900s.