In 1881 the building that became Clonmel’s Town Hall, which dated from the mid 1600s, was given a make-over and dragged into the 19th Century. Below is a report from the meeting of the Town Hall Committee, which discussed the furnishings for the interior. According to the report, the sum granted by the Board of Works was “more than sufficient” to cover the costs, not a statement you often hear from the Chairman of a public body. 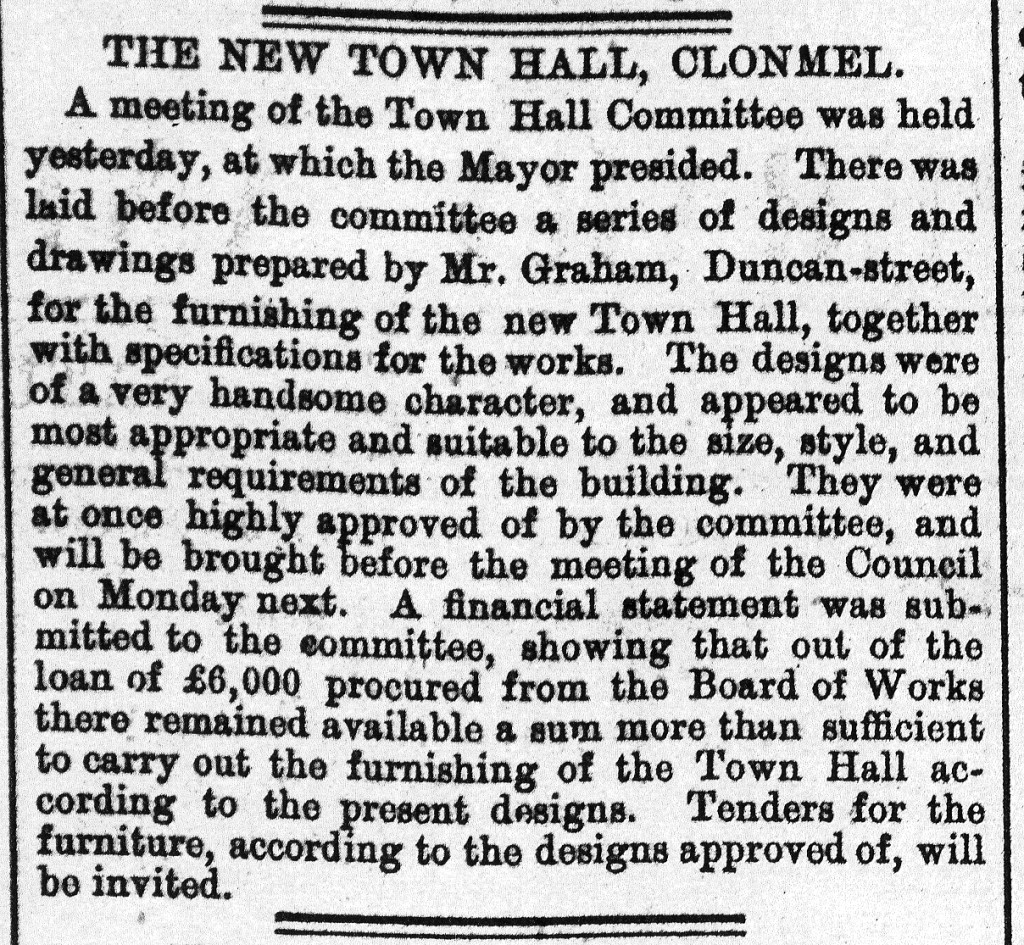