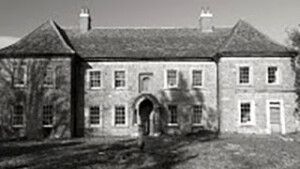 Silver Spring House in Clonmel has an interesting history. Originally built at a cost of £907, it opened in 1748 as a charter boarding school.

The school was set up by the ‘Incorporated Society for the promotion of Protestant Schools in Ireland’ using government funds to provide education for the children of poor Roman Catholics and convert them to the Protestant faith. Catholics were forbidden to have schools of their own or to send their children abroad to be educated.

Most of the children were sent to schools far from home to loosen their ties to family and faith. In 1788 thirteen children from Castlebar were sent to the school. The scheme was not a success and the Clonmel Charter School closed in 1824. The following year it was leased by Charles Bianconi who renamed it Silver Spring. It has been a private residence ever since.