The Poor Law Union system in Ireland was set up in in 1838 and workhouse building began 1839. Each union had a workhouse which catered for the poor in the area and was administered by a board of Governors. The workhouses were constructed along a set design with separate schoolrooms for boys and girls with dormitories above.

Inspectors from the Board of Education visited the schools and made reports on their findings. 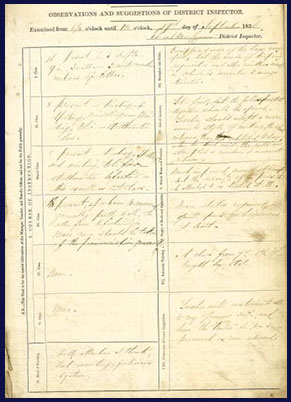 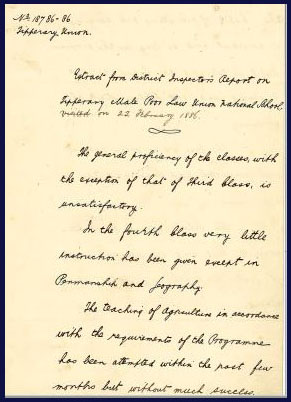 The boy’s school had one schoolmaster who taught reading, writing, arithmetic and industrial training.

Here is a sample of a writing exercise from the report book.

The workhouse schools were phased out in the early 20th century and children living in the workhouse attended local national schools instead. 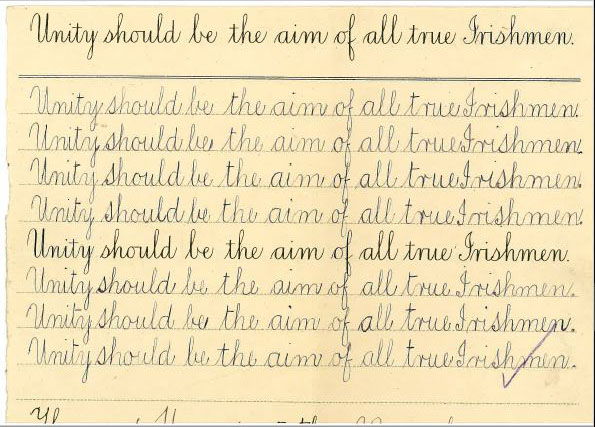